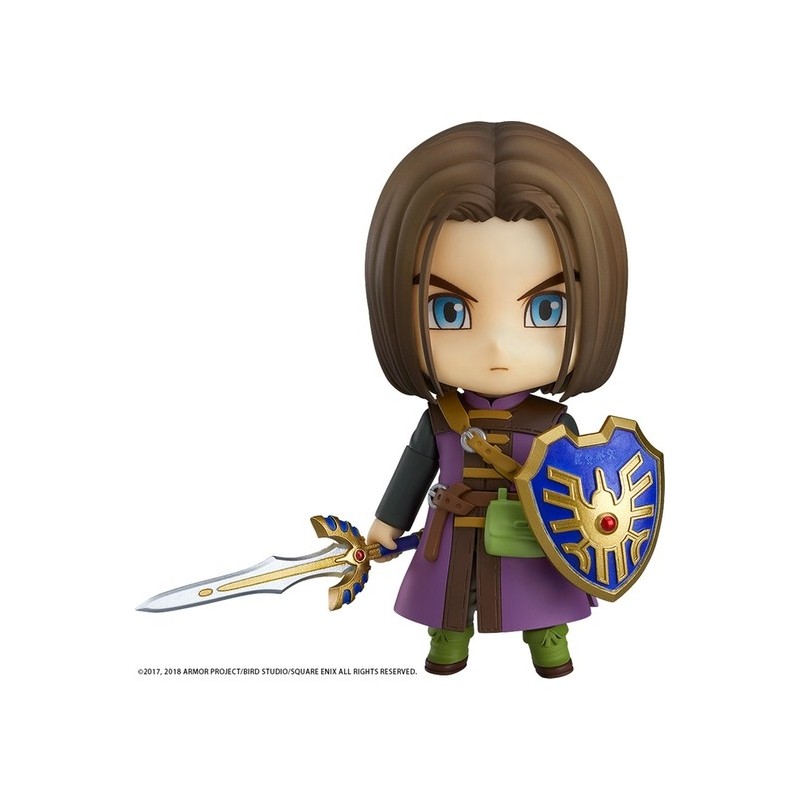 From DRAGON QUEST® XI comes a Nendoroid of The Luminary!From the latest game in the DRAGON QUEST® series, \"DRAGON QUEST® XI: Echoes of an Elusive Age™\", comes a Nendoroid of The Luminary! Two interchangeable face plates are included⁠—a standard expression and a smiling expression. The Cobblestone Sword, a sheathed version of the Cobblestone Sword that can be displayed on the Nendoroid\'s back, the Sword of Light and Erdwin\'s Shield are included as optional equipment parts along with a miniature figure of a Slime from the game. An effect part to display The Luminary swinging his sword is also included. Enjoy recreating scenes from the game in Nendoroid form! Nendoroid DRAGON QUEST XI: Echoes of an Elusive Age The Luminary Painted ABS&PVC non-scale articulated figure with stand included. Approximately 100mm in height. 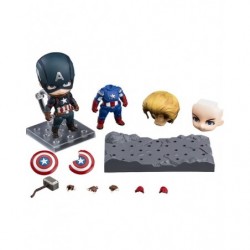 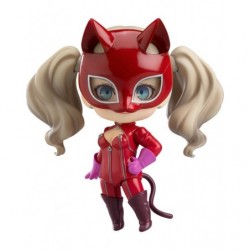 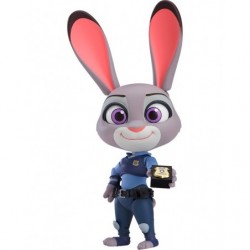 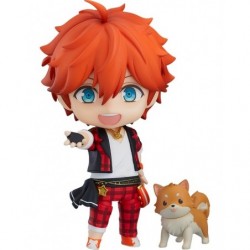 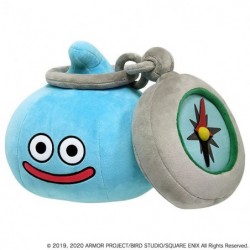