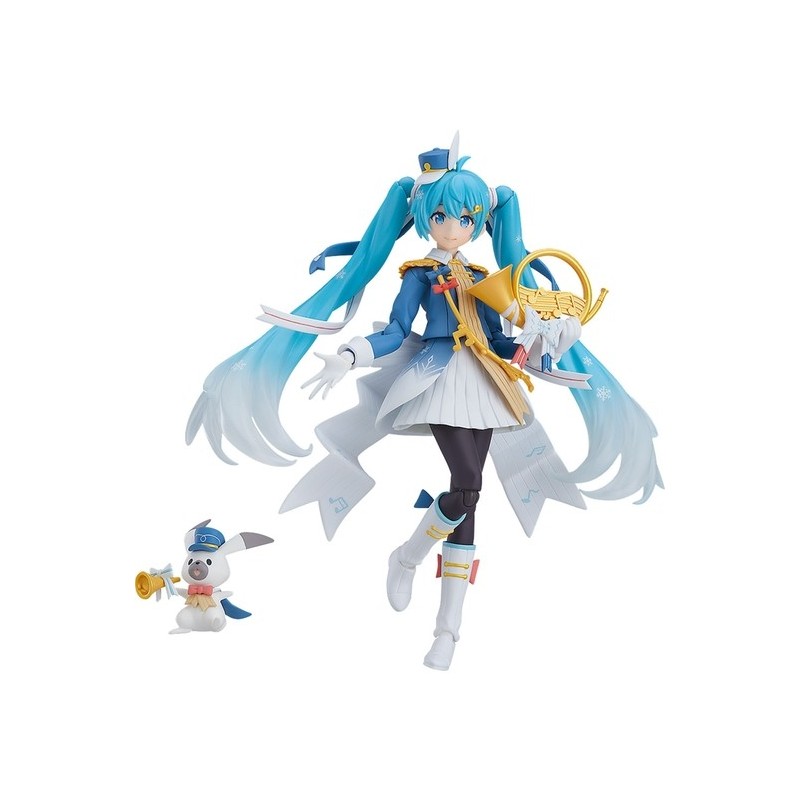 Snow Miku has been recreated as a figma in her marching band outfit!2020 marks the 11th anniversary of Snow Miku, and the 2020 design was once again selected by fans through online votes between a selection of outfits all submitted to piapro by fans! This year the theme was \"Hokkaido Snow & Musical Instruments\", and the winning Snow Miku design was this version based on illustrations by Maple! The design has now been converted into this figma together with Rabbit Yukine! · The smooth yet posable figma joints allow you to act out a variety of different scenes. · A flexible plastic is used in specific areas, allowing proportions to be kept without compromising posability. · She comes with three face plates including a gentle smiling face, another smiling face with an open mouth and a face to display her playing her instruments. · A French horn, trumpet and baton are included as optional parts. · Additionally, a musical staff effect part and a paper craft set of flags are included. · An articulated figma stand is included, which allows various poses to be taken. figma Snow Miku: Snow Parade ver. Painted ABS&PVC non-scale articulated figure with stand included. Approximately 130mm in height. 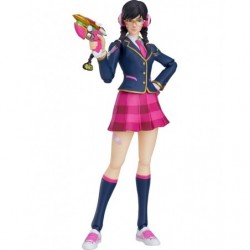 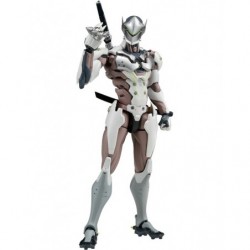 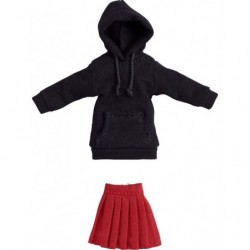 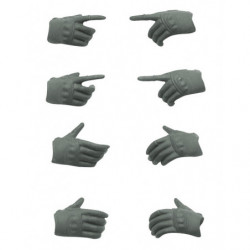 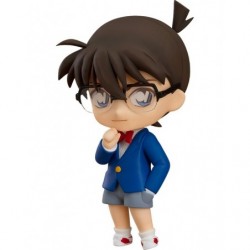